The outcomes from the first tests worked…but not particularly well.  Mould grew on my first mycelium tests and didn’t have a particular structure in the sealed plastic bags. It was time to speak to a professional. After searching high and low I found Dr Patrick Hickey, based at Summerhall, he completed his PhD in Mycology at the University of Edinburgh and has completed many projects looking into the structure of mycelium as well as the bioluminescent qualities of mushrooms (http://www.nipht.com/).

He suggested that I need to think about three key components:

1.The type of mushroom mycelium will affect the composition of the final substance and its qualities

2. Choosing the substance for it to grow on is important

3. The process in which you’re growing the mycelium substance needs to be as sterile as possible so as to prevent other micro-organisms from growing.

With this new information I have now moved on to work in more sterilised conditions, so as to reduce the risk of contamination. More to follow… 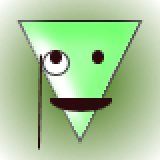 Being based in Scotland gives me the creative drive to look at the local resources, people and landscape in order to inspire material exploration and development. I am interested in the process, application and explanation of both contemporary and traditional craft techniques in wood, textiles, glass and ceramics. Please feel free to contact me for collaboration enquiries