The Villa Müller is formed of perpendicular planes and forms; each floor suspended misaligned with another, each room not opened onto by doors and windows but instead existing as open cavities.
Constructed in 1930 to the owners of a building company in Prague, it reflects in stark white and marble veneer the principles of its architect and modernist writer of design theory, Adolf Loos.

He posits that the removal of ornamental features within design is to be the natural progression of taste; in that whilst previous practitioners would hone craft and demonstrate value through the addition of superfluous detailing to their work, the advancement of automated manufacturing removed the necessity in “adding style” – saying that it would be a waste of a craftsman’s time, as with progression, everything would eventually become unfashionable.

The central living space of the Villa Müller has walls paneled with grey marble, a brass-trimmed ash table, and silk-inlay wallpaper. Loos had made a decision to refine the experience of a physical space to it’s texturality and materiality, rather than it’s physical dimensionality. Each material’s connotations can author the same message, but without wasted labour of styling and sculpting.

Could we consider too our imminent revolution in New Making a vehicle by which to remove ornament and further optimise the lasting power of our aesthetic choices? Or, could we utilise New Making as a method by which to explore spaces in materiality and texturality without the time and waste required for superfluous stylisation of a practised craft?

Cuban designer Ernesto Oroza speaks of the Monobloc chair as if it holds sentience, existing much like an animal in the natural environment; such as that “they ramble around the neighbourhood until they get tangentially trapped inside a human activity”.

The Monobloc chair is a lightweight stackable polypropylene chair – and for the past seventeen years, Oroza has sought to document their proliferation and abuse within Cuban maker culture, most often in the form of his self-titled “Objects Of Necessity”, so named as objects willed into existence through rough prototyping as a way to solve temporary problems.

Though not everybody can agree on the exact origin for the Monobloc chair, its cultural permanence is undeniable,  arguably billions being produced and hundreds of millions in circulation, sociologist Ethan Zuckerman describes the chair as an object without context – “Seeing a white plastic chair in a photograph offers you no clues about where or when you are.”

Many design variants of the basic idea exist – and that is exactly what creates of the Monobloc such a compelling object. Each iteration costs approximately $3 to produce, affordable across the world.

Atleast within Cuba, such Objects of Necessity are exactly that – neccesary, due to decades of trading blocades with the western hemisphere, as well as lasting sentiment toward self-sufficience and anti-globalism. When Oroza talks of “Technological Disobedience”, he speaks of the Cuban culture of re-design and re-making as a political act as opposed to an artistic one – a defiance against the manufacturer’s intended use of objects and a method by which to seize the tools of production to consolidate their own political beliefs within the act of making and repairing.

It is interesting, therefore, that such “design work” is so popular outside of Cuban culture, a fetishisation of poverty’s struggle with material culture – the designs of Marcantonio Malerba, an Italian designer,  selling the below offences for $1800 on home-wares store Anthropologie.

5.5 Design Studio in France has had a wonderfully inventive portfolio history with “Objects Of Necessity”, undertaking similar design exploration in merging rudimentary objects together to form new meaning and function in a playful manner.

So if, perhaps – we could reverse the thread that pulls necessary objects into being, and instead take the items we hold common and contribute universal appendages so that their usages are multiplied and renewed afresh, could we find ourselves a prototyping technique that is quick, transparent, fluid and allows us to explore objects as they would be in the eyes of a non-designer – free of CAD, Sketching, or technical drawings.

Just as much as 5.5 Design Studio’s design of a monobloc chair consists of taping two curtain rails to a found-object chair, I can use the same methods to prototype around a theme.  Could I craft a quick solution to my problem from found objects to solve my design friction, and could it then spiral me into something more prototyped, more industrial, more official? This, I believe, is the immediate appeal of New Making. 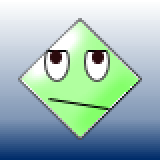